Secrets of success for the ‘Startup Nation’

If you are looking for entrepreneurial inspiration and like learning about other cultures, Startup Nation by Dan Senor and Saul Singer, first published in November 2009 makes a fascinating read. This book narrates the story of how the small State of Israel in spite of being mostly desert and facing massive security threats successfully charted its course from an impoverished nation into a developed economy with the highest concentration of startups anywhere on the planet.

In Australia’s post-mining economy, as we try to bring to life the promise of the government’s National Innovation and Science Agenda, looking at how other nations have been able to successfully tackle their unique challenges and come out as shining leaders in the knowledge economy is  something that we ought to be doing and learning from. Given that Israel and Australia have vastly different histories, cultures and social matrices, merely copying Israel’s strategy will not be very useful. However, examining some of the reasons behind this nation’s success enables us to think of our own societal needs in a different light and start thinking out of the box.

A culture of questioning

In remarkable contrast to the culture prevalent within Western and Asian societies and corporations, the authors found that the organisational culture within Israel encourages curiosity and questioning. People in all walks of life are encouraged to innovate right from a young age and a strict hierarchy based on age and experience is rejected. This means that even junior members of the team provide input and ideas that become integral to the success of the project. This allows the whole organisation to remain receptive to fresh ideas and consequently be more innovative. Managers are also much more accountable to junior staff in Israeli organisations and this makes for more collaborative teams who are all focussed on getting the job done.

In a landlocked nation surrounded by hostility, Israel has had a compulsory conscription program running for many decades in which all young people (men and women) must serve for a number of years after graduating high school. As a part of military training, which tends to be quite rigorous, there is great emphasis towards developing responsibility and decision-making skills amongst the youth. At an age when most college students in other countries are making slow inroads into adulthood through the university system, Israeli youth are entrusted with making life and death decisions and keep their nation safe. This experience is of great value in developing leadership and project management skills and also encouraging a culture of entrepreneurial risk taking.

The defence training also introduces young people to high-end security technology and many of Israel's successful tech startups have been founded by individuals who came out of having received technology education within the military.

While conscription might not be the answer to encouraging innovation in Australia, we must think more deeply about how we can engage young people early through our current education and training programs in order to expose them to creative challenges early on in their careers and develop real-world entrepreneurial skills.

After serving in the army, Israeli youth often take a gap year to travel the world. Travelling to far-flung parts of the world from India to Chile is a great way of gathering perspective and knowledge. Being able to interact with people of other cultures and being comfortable dealing with living in a foreign society can be of great advantage in an increasingly global business world. The informal networks built over a backpacker trip can, later on, grow into serious business partnerships and help forge business ties that help in taking homegrown ventures abroad.

Not surprisingly, Israeli companies have been able to leverage the power of their international networks to export products and services to diverse parts of the world including China, India, South East Asia and Latin America.

After the establishment of modern Israel in 1948, the country received millions of refugees from other parts of the world. These people had been through a lot of hardship and were not afraid to take risks as they didn’t have much to lose. This embedded culture of risk taking has been fundamental to Israel’s entrepreneurial success.

Also over a period of over a century, parts of Israel have practised a form of community living known as the ‘kibbutz’. Originally begun as self-sustaining farming communities, kibbutzim have been very successful in driving agricultural productivity and produce as much as 40% of the nation’s agricultural output. These communities have also been centres of innovation, producing successful high-tech companies such as the NASDAQ-listed optical products manufacturer Shamir.

With more than half of the nation’s land area covered by the Negev Desert, Israel faces a huge challenge in growing crops in order to support its population. This disadvantage also led to the pioneering of drip irrigation which enabled kibbutz communities to farm in the desert land and usher in what has been called the ‘Green Revolution’. Through the efforts of Israeli company Netafim, the drip irrigation technology has been transported all around the world and has become a major agricultural tool for tackling irrigation challenges in areas of low rainfall.

Similarly, as a nation situated in a volatile part of the world with limited access to neighbouring markets, Israel had to think creatively in terms of exports to the outside world. Consequently, this nation puts a heavy emphasis on growth of the information technology sector. No wonder, today greater than 50% of Israel’s exports is made up of high-tech products. The internationalism of the Israeli tech sector is apparent from the fact that after the US and China, companies from Israel make up the third largest number of listings at the NASDAQ.

Whilst Israel as a whole has benefitted tremendously from its tech boom, it needs to be noted that entrepreneurship is a high-risk endeavour and not every venture is successful. The highly promising electric car company Better Place profiled in this book that was supposed to help in reducing dependency on fossil fuels underwent a spectacular failure, filing for bankruptcy in 2013. Even through these failures, great lessons are to be learned and case studies warn later entrepreneurs what not to do. I am sure Tesla has taken notes from Better Place and will hopefully help to achieve the dream of reduced oil consumption.

In any case, Israel is a remarkable example of how innovative thinking and creative problem-solving can reap great benefits in not only tackling immediate problems but also developing a cutting edge over competitors in a global market through one’s unique way of doing things.

Innovation Minister talks about his vision for the Victorian Startup Ecosystem

Sarah Hamilton of Bellabox shares her tips for startup success 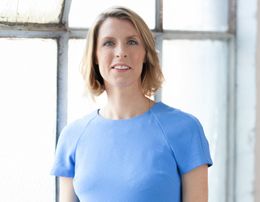