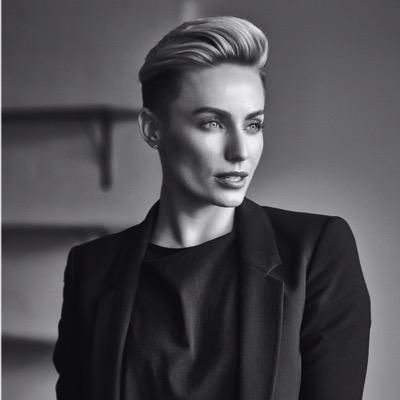 Meet Taryn Williams, the superwoman disrupting the creative industry, as well as her own multi-million dollar modelling agency. She is founder of the online marketplace THERIGHT.FIT, and founder of Australia's leading commercial modelling agency WINK Models. She was a Finalist in the 2015 Female Entrepreneur Awards, the 2015 B&T Hot 30 Under 30, and the SmartCompany 30 Under 30.

Taryn founded WINK Models after modelling internationally for nine years, to provide a better service for models and clients than she had experienced herself. They are now a multimillion-dollar agency with offices in Melbourne, Sydney, Brisbane, and New York.

Now, she is revolutionising the creative industry with THERIGHT.FIT, a digital marketplace that directly connects creative talent with clients. It removes the hidden commissions and biases entrenched in archaic traditional agencies. It is a community of influencers, bloggers, models, actors, photographers, makeup artists, fashion stylists, and more, making booking talent simple, quick, and seamless.

It all started when Taryn noticed a problem in the modelling industry: Models were often paid only six months after completing their work, and were being exploited by their agents. Realising this industry had been left behind, Taryn decided to do something about it, creating THERIGHT.FIT. However creating a marketplace is no easy feat.

She read everything she could about marketplaces in order to understand how to achieve the holy liquidity point of both sides of the marketplace thriving at the same time. Taryn accredits her success to her “little black book of contacts”, the 650+ models she brought onto the platform from WINK Models. With the supply sorted, she then focussed on the client side.

In the interview below Taryn speaks about the positive impact influencers endorsing your startup can have, and how THERIGHT.FIT is on the forefront of this new wave of marketing.

“With the rise of social media influencers, the industry is constantly growing and the reality is that there are plenty of models and talent out there who don’t have representation. THERIGHT.FIT is a perfect fit for them. It allows them to create an online profile that showcases what they have to offer in a stylish and reputable environment. It also gives them access to jobs, which perhaps they wouldn’t normally get. With THERIGHT.FIT, they can control where and when they work, and how much they are paid.”

Taryn stresses the importance of relationships, “put time and energy into nourishing those relationships”, and of surrounding yourself with the best. She asked herself, and encourages every startup founder to ask themselves, “who would I have as my dream team?”. Then do everything you can to make that team. She was able to create her dream team by keeping a portion of the capital she had raised and reaching out to those people she wanted any way she could, utilising LinkedIn and making cold call after cold call.

Taryn is iterating the digital platform THERIGHT.FIT every day, and is constantly adapting to the changing online environment. She doesn’t know what the end goal looks like, but she knows how she wants the journey to be.

Check out her journey in this interview: 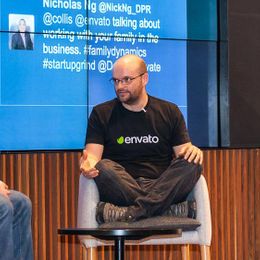