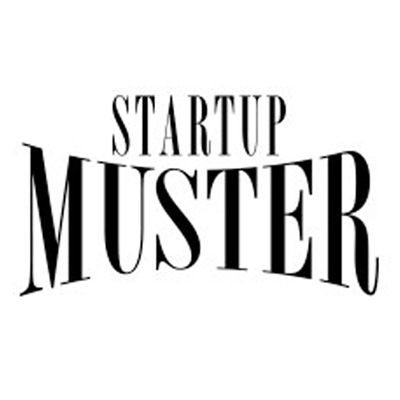 Help the Australian startup ecosystem by taking this short survey!

Startup Muster is the largest annual survey of the startup community that gives the government, investors and media a more accurate idea of what is happening in the Australian startup scene. It is a volunteer effort run by Murray Hurps, Richard Kroon, Monica Wulff and Ryan Defina, with their only agenda being increasing visibility for the industry.

AngelHack hosts MasterCard Master of Code - 7th 8th February, Sydney
Do you have what it takes?

AngelHack is a global company that has hosted over a 100 hackathons in 96 countries, and has over 500,000 community members.

On 7th - 8th of February they will be hosting the MasterCard's Master of Code Hackathon in Sydney. Teams of the best coders will work together to win a trip to Silicon Valley, and possibly the Grand Finale. The Grand Finale winners get over $100,000, a Master of Code jacket.

Come down for Startup Melbourne's inaugural networking event where budding entrepreneurs will have the chance to learn, pitch and collaborate with some of Australia's most accomplished startup minds.

You will get the chance to talk about your business with Venture Capitalists, Virtual CFOs, and General Managers of some of Australia's most well known startups in one intense round of mentoring after another!

Mixed with Peer-to Peer sessions, the aim is to connect people who identify with the grind, hustle and growth of entrepreneurship, while in the process helping each other come to collaborative solutions.

Danny Gorog and Eytan Lenko are co-founders and directors of Outware Mobile, which specialises in developing mobile software that is intuitive, effective and engaging. Since 2009, Outware Mobile has been turning good ideas into great mobile experiences, producing some of Australia’s most popular apps including Grow by ANZ, AFL Live, Coles Mobile Wallet, SEEK, nib Health Insurance and many more. In 2014, Outware Mobile won a raft of awards, including: AIMIA awards for the Snap Send Solve and Cricket Australia Live apps, the Australian Mobile & App Design Award for best large studio, the Campaign Specialist Agency of the Year Bronze Award and a Melbourne Design Award for the Coles Mobile Wallet app. Outware Mobile was also ranked 8th in Deloitte’s Tech Fast 50, Smart Company’s Smart 50 and BRW’s Fast 100.

Hosted by the Australia Web Industry Association (AIWA), Edge of the Web is a hybrid conference, building a national conversation about web business. This is a conference with a twist, they are outsourcing the topic development. Click here to check out what topics have already been raised and put your ideas in.

Finalists receive $20,000, and Grand Prize winners receive an additional $40,000. Click on the link to find out more if you have that winning med-tech idea.

The no-work way to see everything about your contacts in one place. E-mail, phone calls, meetings, notes, follow-ups and social.

Do you ever need an automatic, smart and proactive way to get your contacts organised? With the impressive collection of big names on the web rating them as a must-have app, it's surely one I'll be trying out this year.

Check them out on iTunes here.

Want to find out more about the Melbourne Startup scene and future evens? Remember to tune into our next post.

Post by Stephanie Maynard
Graphic Designer with a passion for entrepreneurship,
communities and facilitating growth