The guest at the October session of Startup Grind was Matt Mickiewicz, co-founder of Hired, who was in Melbourne to launch his tech recruitment platform in Australia. Hired is a startup that is primarily focussed on helping developers find the right roles within the tech industry.

The expansion of Hired in Australia comes in the wake of the acquisition Melbourne-based job marketplace Jobbop in February 2016. The company has raised US $40 million for its international acquisitions, valuing it at US $200 million.

Matt, who grew up in Europe and Australia and now lives in Canada, founded Hired in April 2012 along with Douglas Fierstein and Allan Grant. The idea came out of their need for attracting the right talent to their growing startups in the saturated market of San Francisco, where finding skilled developers, data scientists and software engineers can often be a rather difficult task. Moreover, the traditional recruitment process reliant on cold calls to employees from recruiters as well as the lack of transparency meant that more often than not, companies and new staff found themselves unsuitable to each other’s needs.

Hired is turning the tables on the traditional recruitment process by handing the power over to the candidates to make the right career decision based on market relevant information that is available to them upfront during the hiring process. This means that a candidate can come to an informed decision about their next job and can be expected to be more engaged in their role, minimising staff turnover.

The platform curates candidates before bringing them on board. Only the top 5% of those who apply are featured in their database. Once successful candidates have set up their career profiles, they receive interview and job offers from employers, each stating their conditions, salary, and benefits. Employers can view each other’s offers and come up with a more competitive offer for the right candidate. Candidate profiles are also hidden from the past and current employers to protect member privacy.

While the platform is free to join both for employees and employers, the company generates revenue by charging employers an average 15% of the candidate’s first-year base salary for each successful hire. Hired is also quite innovative about their user experience, offering champagnes, personalised notes and a candidate sign-on bonus when a successful job match has been generated.

Before creating Hired, Matt had already built three other successful online businesses with Melbourne-based co-founder Mark Harbottle. Their first venture was the media and advertising company SitePoint, which eventually pivoted into an online publishing company for developers. SitePoint had a great community of designers who suggested the idea of running contests to choose the best design, an idea that led to the formation of the hugely popular 99Designs, a global marketplace for businesses to outsource their graphic design projects. It is the largest marketplace of its kind, having done over US $150 million in business since 2008. Another marketplace that came out of SitePoint was Flippa, dedicated to buying and selling domains, websites, and apps, and has processed over US $185 million worth of transactions since 2009.

Matt’s theory of building a thriving marketplace is about finding the right people, capital and getting the ‘product-market fit’. Interestingly enough, Matt likes to hire people he views as ‘smarter’ than himself, to whom he can delegate the day-to-day running of the company and focus on his next big thing.

As for marketing, building a solution that is ten times better than anything out there is the best strategy. As a two-way marketplace, Hired initially faced the classic challenge of getting developers and employers to sign up. Targeted email campaigns to developers and approaching VCs to coax employers to come on board was what ultimately helped them to succeed. Matt also recommends creating a robust referral system which makes the scaling up process much easier without having to spend a tonne of resources on marketing.

From his previous visits, Matt observes that the Melbourne startup ecosystem has grown up a lot in recent years with the proliferation of entrepreneurship networks, events, and coworking spaces. There is also a rise in the investment climate with increasing numbers of investors willing to support startups, although anyone looking for venture capital above $100 million needs to look outside the country. Matt believes that in Australia, we tend to be more resourceful with our money, given that we have less of it as compared to Silicon Valley.

Another valuable lesson that I took away from Matt’s journey was the development that one observes between his first startup SitePoint to his latest creation Hired. SitePoint is a publishing site targeted towards a niche community, while 99Designs and Flippa aimed at making money from individual transactions by appealing to the larger online business community looking for specific solutions.  However, these early marketplaces lacked curation and can often be confusing given the number of options that they present without necessarily addressing the quality expectations of the customer. With Hired, the online marketplace has come of age, offering the best quality talent to companies and helping interested job seekers access companies that match their personal beliefs and career aspirations.

With recruitment being a significant drain on resources for organisations across many industries, creating better talent attraction solutions offers a tremendous opportunity for aspiring entrepreneurs in Melbourne and beyond. 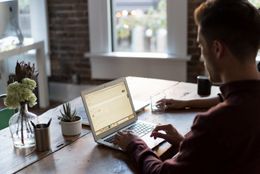