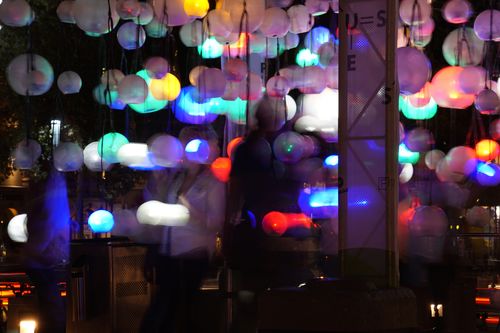 Come down for Startup Melbourne's inaugural networking event where budding entrepreneurs will have the chance to learn, pitch and collaborate with some of Australia's most accomplished startup minds.

You will get the chance to talk about your business with Venture Capitalists, Virtual CFOs, and General Managers of some of Australia's most well known startups in one intense round of mentoring after another!

Mixed with Peer-to Peer sessions, the aim is to connect people who identify with the grind, hustle and growth of entrepreneurship, while in the process helping each other come to collaborative solutions.

Danny Gorog and Eytan Lenko are co-founders and directors of Outware Mobile, which specialises in developing mobile software that is intuitive, effective and engaging. Since 2009, Outware Mobile has been turning good ideas into great mobile experiences, producing some of Australia’s most popular apps including Grow by ANZ, AFL Live, Coles Mobile Wallet, SEEK, nib Health Insurance and many more. In 2014, Outware Mobile won a raft of awards, including: AIMIA awards for the Snap Send Solve and Cricket Australia Live apps, the Australian Mobile & App Design Award for best large studio, the Campaign Specialist Agency of the Year Bronze Award and a Melbourne Design Award for the Coles Mobile Wallet app. Outware Mobile was also ranked 8th in Deloitte’s Tech Fast 50, Smart Company’s Smart 50 and BRW’s Fast 100.

Romey is an app that is being launched globally by two Melbourne entrepreneurs - it will connect models and photographers anywhere in the world based on location, style and availability. It addresses the problem of models spending precious time and resources self-promoting, working for free and trying to find work with reliable photographers.

And... that concludes the fantastic week at Pause Fest Pure 2015! Filled with an array of events from workshops with industry thought leaders, to expos, to virtual reality solutions to every day situations, to playful installations, to pumping parties, to immersive games, 2015 Pause Fest did not fail to delight the senses and engage the mind.

For those of you who missed out, or had a chance to join in, check out some of the week's highlights in photos...

Want to find out more about the Melbourne Startup scene and future events? Remember to tune into our next post and sign up for our newsletter.