For many years Australian food manufacturers would dump excess stock into China. We would have a great fruit season for example, the local markets would be taken care of, and then we would export the rest at really whatever we could get to make a quick buck. It was certainly short term thinking. As the Chinese middle-class grew this would come to shoot us in the foot. The Chinese consumer was willing to pay a premium for the luxury of Australian made goods while the Chinese buyers who were used to getting Australian product at prices equal to, or below cost still expected the same deal even as our costs increased to produce them. I know this because I have been in food industry for many years.

Enter the Alibaba Group - a blessing in disguise for Australian manufacturers that can now connect directly to millions of affluent Chinese consumers, without layers of middlemen in between.

The result will be an exponential increase in the demand for quality Australian made goods at pricing that will not only be sustainable be see us thrive.

The Alibaba Group recently opened a new office in Melbourne, Australia. It's founder Jack Ma appointed long time employee and Taobao co-founder Maggie Zhou to take the reigns and forge relationships with Australian manufacturers. I was fortunate enough to sit down with Maggie Zhou at Startup Grind to talk about her entrepreneurial journey (which also included being Jack's executive assistant for 5 years) and the plans for the group in Australia.

The group of course is much more than its B2B marketplace, and includes the Chinese Youtube, payment gateways, entertainment, films, and a list too long to mention - the good news is Maggie does a great job of talking about the group and its accomplishments.

My personal favourite story was about their 11/11 shopping event that takes place each year for one day on November 11th. Originally Alibaba created the event not to sell billions of dollars in products but rather to stress test their infrastructure (ie. Alibaba Cloud) - year one, with only 30 or so suppliers included in the promotion... the site crashed. This year... it processed 170,000 orders a second, selling $17.8BN in merchandise in 24 hours :) 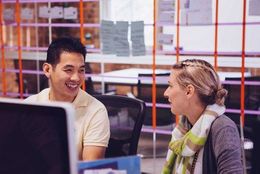 Co-working is being disrupted! Already? 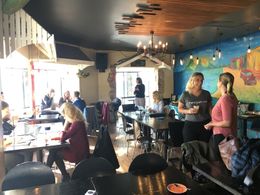